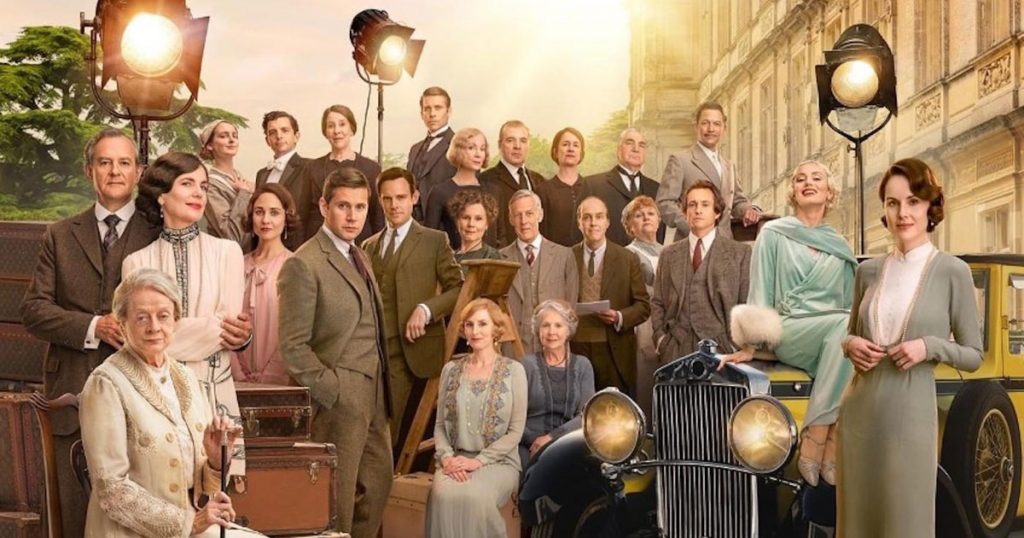 Have a wonderful evening out and support 5mbs by coming along to our movie night at the Capri Theatre, featuring the heartwarming movie, Downton Abbey, A New Era.

Tickets are $15 for 5mbs members and $20 for non-members, available online via TryBooking.

As a special treat on the night, Sunday May 1, our new station manager, Claire Baker, will sit at the theatre’s majestic Wurlitzer organ and entertain us.

The movie continues the journey of characters loved by many in the preceding television series.

About Downton Abbey, A New Era

Downton Abbey: A New Era is an historical drama film and a sequel to the 2019 film, Downton Abbey.

Both films were written by Julian Fellowes, the creator and writer of the television series of the same name, with the sequel being directed by Simon Curtis, replacing Michael Engler who directed the first film.

In the movie trailer, below, you’ll see the Dowager of Countess revealing that she has inherited a villa in the south of France from an old flame, with the Crawley family going off on holiday to stay at the grand establishment. Tom Branson can be seen remarrying Lucy Smith (chauffeur Branson tragically lost his wife Lady Sybill during labour back in series three), while Mr Carson jokes: “They better be warned, the British are coming.” More details available in this Harpers Bazaar article.

Downton Abbey: A New Era is one of the must-see new release films for 2022, and supporting 5mbs at the same time as enjoying this feature, is simply an offer too good to refuse (yes, that’s a quote from a different movie character).

Tickets are $15 for 5mbs members and $20 for non-members, available online via TryBooking.

We hope to see you at the Capri Theatre, 114 Goodwood Road, Goodwood.

Not a member yet? Take a look at the 5mbs membership page.