ME TOO (in Sweden) 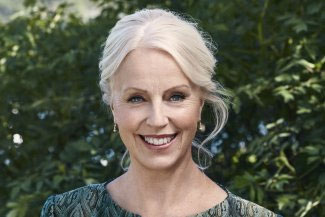 The name Benny Fredericksson is not well-known in Australia. Until he committed suicide in March 2018 in Sydney, he was the husband of the world-famous Swedish mezzo-soprano Anne-Sofie von Otter. The couple were near the end of her concert tour to sell-out houses in Australia and New Zealand when he took his life. She had performed at Ukaria as part of the Adelaide Festival and her last three concerts at the Sydney Opera House were cancelled.

The reason; a prolonged press attack in Stockholm in 2017 by the newspaper Aftonbladet which had invited criticism by readers of the managerial management style of Fredericksson, a theatre director and producer and former actor in the country’s largest theatre, a state-funded enterprise which had had its budget continually cut while at the same time he had increased the number of annual productions and reduced the number of administrative staff.

This led to criticism by the staff and the newspaper had called for his dismissal and asked for anyone associated with the theatre to comment. It received 40 stories, all but one anonymous. The only one who gave his name had left the company some 15 years earlier at about the time of Fredericksson’s appointment. Many of the comments were of a sexual / pornographic nature.

Feeling his position to be untenable and saying that he was innocent, Fredericksson resigned in December 2017. While on tour with his wife, PTSD set in and when faced with a return to Sweden, he committed suicide.

This led to a furious attack on the Swedish press by his wife and two sons and a complaint to the Swedish press ombudsman. A thorough examination of the complaints and reporting found no wrongdoing on Frederisksson’s part and the newspaper Aftonbladet was censured and fined. Later, there was an apology and change in all upper management at the newspaper.

Sadly that does nothing for the widow and grieving family.

All those alleging bad behaviour of public figures need to bear in mind that it is the families who bear the ultimate cost and no more so than when the accused is innocent.

Sometimes von Otter’s appetite for good music has taken her far beyond the comfort zone. In 2008 she released a CD of music written in the Theresienstadt concentration camp. Theresienstadt, or Terezin, was a show camp, a cynical piece of propaganda for the benefit of the outside world, and the final destination of a generation of Jewish artists, musicians and scholars.

The disc features art songs and cabaret songs and some heartbreakingly beautiful lullabies that poet and musician Ilse Weber wrote to sing to the children at the camp.

”I cannot in a million years imagine what it would be like to be in a concentration camp but I think I can somehow relate to how much music means to me in my life and how much it must have meant to them,” von Otter says.

It was only after recording the disc that von Otter discovered a personal dimension to the story. Her father, a diplomat, was on a train in 1944 when he was approached by an SS officer called Kurt Gerstein, who told him about the death camps and begged him to alert foreign governments. Her father took Gerstein’s story to the Swedish foreign office but the officially neutral government of Sweden took no action.

Goran von Otter was to live out his life burdened by the knowledge that something could have been done.