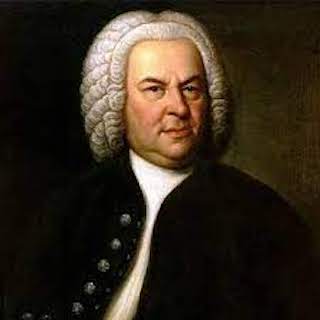 Many of us know that JS Bach had a large family, with sons who become musicians. What fewer would know is that his more extended family shows a family tree comprising an impressive line of musicians. The Australian Chamber Orchestra, bearing this in mind, had arranged a family reunion of sorts, and invited Schumann, Mozart and Gubaidlina as well, these three having written music as a homage to the great master.

They performed music spanning three generations, demonstrating how the music of this period developed. It reached its zenith in the compositions of JS Bach,  and from this flowed the work of his sons who each developed his own musical style. Some of their compositions were included in this concert.

Beginning with the work of a third cousin, Johann Ludwig Bach, a cheerful and sprightly Overture was followed by a work by Heinrich Bach, a great uncle, which then morphed into an excerpt of Fugue No 6 by Robert Schumann.

If that was the first course, more substantial work followed. Mezzo soprano Anna Dowsley sang two cantatas, the first by Johann Christoph Bach, Meine Freudin, du bist schön. Violinist Satu Vänskä in an obbligato added to the overall beauty of this work, joining a singer whose voice, technique and presence perfectly matched this work and the following cantata, Widerstehe doch der Sünde by
his father,JS Bach.

The first half concluded with the Concerto for Two Violins in D minor, well loved and deservedly so. The soloists were Richard Tognetti and Helena Rathbone.

Gubaidulina’s Reflections on the Theme of B-A-C-H which opened the second half of the program, was described in the program as ‘music that could only have been written after the passing of more than two centuries’. Its disjointed and frenetic style did not sit comfortably with the other music.

However it was clear that the span of years and the different periods of music created no problems for the musicians. This was exemplified by Erin Helyard, having done sterling work at the harpsichord, stepping up to the fortepiano and playing part of a Mozart concerto, much as Mozart may have done. This  concerto was composed as a tribute to JC Bach.

Finally a work by Carl Philipp Emanuel Bach, the Cello Concerto in A major with Timo-Veikko Valve as the soloist. Played  con bravura, and a sort of ‘catch me if you can’ to the orchestra, it was a fitting and thrilling conclusion to the concert.