The Young Virtuoso Awards program is part of the commitment of community radio station 5mbs to the development of live music and musicians in Adelaide.

Through this program, 5mbs encourages young South Australian musicians in their development as budding professionals, in their artistic development and in helping them to reach for the pinnacle of their abilities.

Once again, we will be holding the event at the St John’s Anglican Church, Halifax Street, Adelaide.

Contestants will be selected through the merit process of the Adelaide Eisteddfod and will be announced after the section finals.

Prizes will be offered in three categories: Instrumental; Vocal; Piano

An overall winner will be selected from the winners of each section.

If you wish to sponsor a prize, please email the manager at 5mbs. Your sponsorship will be acknowledged on the website and our Facebook and Instagram accounts, unless you wish to remain anonymous. If you have a business which you wish to have named as the sponsor, your business logo with a link to your website will be used.

All donations over $2 are tax-deductable. Donate here (choose the option “Make a one-off donation” from the list). All donations are helpful, as the event has other costs than the prize money! Thank you for your support.

It’s been confirmed that this year, the National YVA final event will go ahead after a few years’ gap because of the COVID pandemic.

It will be held on Sunday 30 November at the Good Shepherd Chapel, Abbotsford, Melbourne.

“Music is a more potent instrument than any other for education, because rhythm and harmony find their way into the inward places of the soul.” Plato 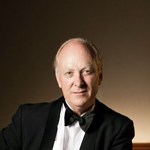 One of Australia’s resident full-time concert pianists, Gil Sullivan tours extensively both around Australia and overseas, performing each year throughout Asia, Europe, the U.K., and the United States. He is also a teacher and a regular adjudicator of the Julian Cochran International Piano competition.

One of Australia’s resident full‐time concert pianists, Gil Sullivan tours extensively around Australia and overseas, performing each year throughout Asia, Europe, the U.K., and the United States.

He has given recitals in the Amsterdam Concertgebouw, the Berlin and Vienna Konzerthauses, the Bruges Concertgebouw (filmed by Belgium TV), Chicago’s Center for International Performance and Exhibition, Vietnam’s National Opera House, the Claremont Opera House – New Hampshire (USA), Darmstadt’s
Orangerie (Germany), the National Concert Halls of Thailand, Taiwan, Hong Kong and Korea, and has twice performed in New York’s Carnegie Hall, both times to screaming standing ovations, where the New York Concert Review said ‐ “It was an exciting close to the concert by a pianist possessed of supreme intelligence and phenomenal technical prowess in equal measure”.

For CD, he has recorded concertos by Tchaikovsky, Saint‐Saëns and Schumann with the West Australian Symphony Orchestra, and more recently, has signed a major contract to record the complete Mozart Piano Sonatas with the recording company in Houston Texas.

Mr. Sullivan is also a distinguished and enthusiastic teacher, with teaching positions and residencies that include the Seoul Art School–South Korea; Chiao Tung University–Taiwan; Hanoi Conservatory–Vietnam; The Hong Kong Institute of Education; He has also lectured and given masterclasses at London’s Royal Academy and Royal College of Music, the Royal Scottish Academy of Music and Dance, London’s Guildhall School of Music and Drama, South Carolina University, Chico University–Sacramento, and in 2003 gave his lecture‐recital on Mozart’s piano works at Oxford University. He is also a regular adjudicator of the Julian Cochran International Piano competition. 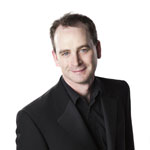 Lachlan is Associate Principal 2nd Violin of the Adelaide Symphony Orchestra and violinist with the Benaud Trio. He has also been a guest musician with the Melbourne and Tasmanian Symphony Orchestras, Orchestra Victoria and the Australian String Quartet. A passionate educator, Lachlan has tutored violins of the Australian Youth Orchestra, the Adelaide Youth Orchestra and at many National Music Camps. and was Director of the Elder Conservatorium Chamber Orchestra from 2011 – 2015. Lachlan also enjoys teaching violin privately. 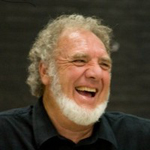 Brian Chatterton co-founded Co-Opera and was its Musical Director from its inception in 1990 until 2017. He was formerly Head of Performing Arts at the South Australian College of Advanced Education, Director of the Elder Conservatorium and Dean of Performing Arts at the University of Adelaide. From 1973 to 1978 he worked with State Opera of SA as repetiteur, chorus master and musical director for many productions. He regularly adjudicates at music Eisteddfods.