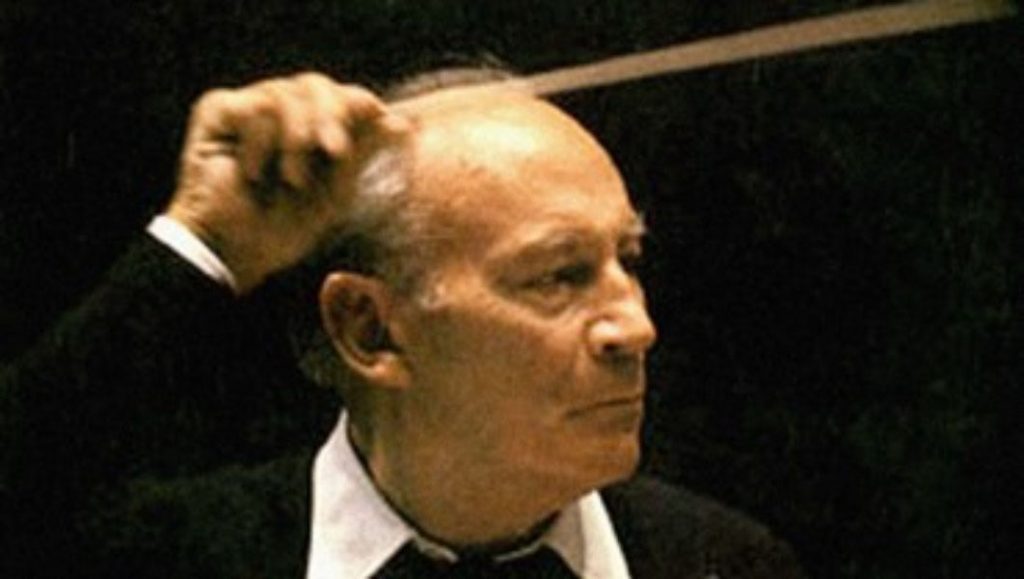 When Paul Sacher died aged 93 in 1999, he was the third richest man in the world. He was also a violinist, conductor, musicologist and founder of various orchestras, choirs, musical research institutes and patron to some 88 modern composers. Many of them had been saved by a timely commission from Sacher.

Paul Sacher did not come from a wealthy background. He was born in 1906 in Switzerland, the first child of August Sacher, who worked for a haulage company, and Anna Sacher-Dürr, the daughter of a Basle country farmer. It was his mother, Sacher once said who ruled the roost with a firm hand. He always lived a frugal life.

Sacher studied violin from an early age and at 19 started study in musicology and conducting with the noted Felix Weingartner. In 1926 he started the Basle Chamber Orchestra, which gave its first public concert in 1927.

From the start, he focussed on two periods: Baroque music and the correct way to perform it and Contemporary music. In 1932 he founded and became the director of the Schola Cantorum Basiliensis; an organisation devoted to the research and teaching of early music. Sacher devoted much time to editing and performing hitherto unknown works by Mozart and Haydn. The Basle premiere under Sacher’s direction of Mozart’s then virtually unknown opera Idomeneo on May 13, 1931, helped restore this work to its rightful place in the musical canon.

In 1954, the Schola Cantorum Basiliensis merged with the Basel Conservatory and the School of Music to form the Basel Academy of Music. Sacher headed the new institute until his resignation in 1969.

Sacher married Maja Hoffmann-Stehlin in 1934. Maja was the widow of Emanuel Hoffmann, who was in turn the son of the Basel industrialist Fritz Hoffmann-La Roche.

Maja was a truly remarkable woman. Born in 1896, her father was an architect. She also wanted to be an architect but at that time such a career was not possible, so she studied sculpture. In 1921, she had married Paul Hoffmann, the son of Fritz Hoffmann-La Roche who had founded the pharmaceutical company in Switzerland in 1894. Paul Hoffmann became head of the company in 1920 when his father died and with money from the family company, they became collectors and patrons of modern art. They had three children, but in 1932, Paul Hoffmann was killed in a car accident.

After his marriage to Maja in 1934, Paul Sacher joined the Board of Hoffmann-La Roche, a rich and expanding pharmaceutical company, representing his step-children. He later became Chairman of that company – a post he held until he was 90 in 1996 – in addition to being head of the music school.

In 1936 he commissioned his first work: the Music for Strings, Percussion and Celesta by Bartok. It had its world premiere, along with new works by Conrad Beck and Willy Burkhard – both Swiss composers – on the orchestra’s 10th birthday, 21 January 1937.

It was perhaps the most important of all Sacher’s commissions but others came thick and fast. A catalogue issued on his 70th birthday lists 88 works, of which the most notable are the Bartok Divertimento (1939), Martinu’s Double Concerto (1940), Frank Martin’s Petite Symphonie Concertante (1944), Strauss’s Metamorphosen (1945), of which the penurious Strauss sent a copy, so that Sacher had to buy the original as well – Stravinsky’s Concerto in D (1946), Hindemith’s symphony Die Harmonie der Welt (1951), Tippett’s Sellinger’s Round (1954), Britten’s Cantata Academica (1960) and Stravinsky’s A Sermon, a Narrative and a Prayer (1962).

In 1973 he set up the Paul Sacher Foundation mainly to house his immense music library and it functions today in a fine house in the Munsterplatz of Basel.

Here are preserved important collections of the manuscripts, scores and books of, among others, Berio, Birtwistle, Boulez, Ligeti, Lutoslawski, Maderna, Martinu, Stravinsky and Webern. Scholars today still study at the Foundation.

Professor Geoffrey Lancaster of the Edith Cowan University in Perth has both studied and taught at the Basel Academy and is one of Australia’s foremost experts in period performance. He is also the Chief Conductor and Artistic Director of La Cetra Barockorchester Basel.

Brenton Langbein [1928 – 1993], a violinist from Gawler became a member of the Basel Chamber Orchestra in 1954 and its concertmaster from 1956. Later he was Professor of Violin at the Basel Music Academy. Langbein is particularly remembered in Australia as a founder of the Barossa Music Festival and a noted performer at the Adelaide Festival.