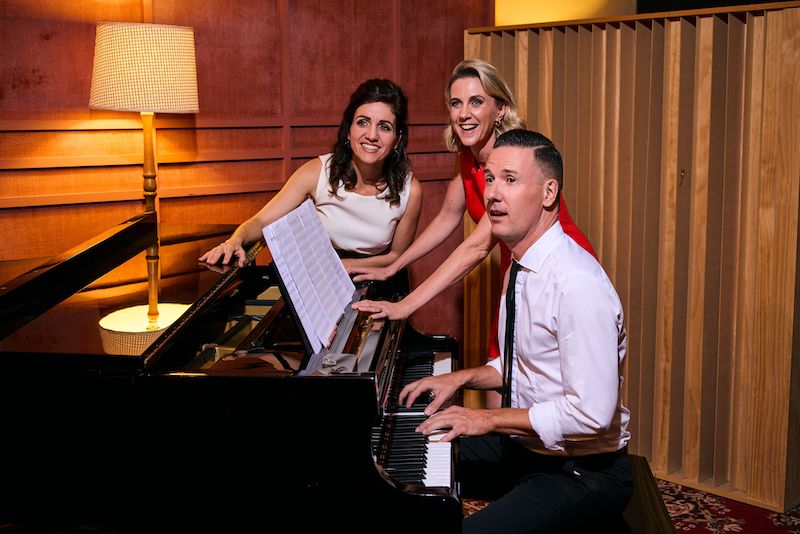 This is a show which allows those of certain age to travel down memory lane, while allowing those a little younger to find out what it was all about when  Number 1619 Broadway – the ‘Brill Building’ was the heart of the New York music scene. It was there, in small rooms ‘hardly bigger than a telephone booth’, songs were written, aimed at a newly recognised social group – teenagers, and written by teenagers, then produced and marketed. Songs such as ‘How Much is that Doggy in the Window’  and ‘Abba Dabba Honeymoon’ were just not cutting it any more.

Something had to change, and it did. As well as the music developing, as remarkably,three young women, Carole King, Cynthia Weil and Ellie Greenwich broke through the male dominated musical industry barrier to produce hit after hit. Songs such as ‘Be My Baby’ ‘Will You Love Me Tomorrow?’  Leader of the Pack’,  ‘The End of the Road’, ‘(You Make Me Feel Like) A Natural Woman’, ‘On Broadway’ ‘Da Wah Diddy Diddy’, ‘Then He Kissed Me’.

As you would expect Amelia Ryan, Michaela Burger and Michael Griffiths, all consummate, experienced and  successful cabaret stars deliver these songs with verve, energy and great dance moves. The show, including the narration of the story of music, the demise of Tin Pan Alley to the Beatles, (which is another story again) moves so smoothly, that surely the apparent need to be prompted at the end must be part of the act. If not, it added to the general enjoyment.

The backing musicians contributed significantly to the overall success of the show, with special mention of the saxophone player..

The audience joined in the fun, clapping in time, and being brought to their feet at the end. As Edna Everage would have said, ‘it was a good night’s entertainment, and the audience went out into the chilly night, cheerful and energised.