Philippa McAuliffe has just graduated from the Elder Conservatorium with first class honours. She holds many scholarships and awards, has been the principal harpist of the Australian Youth Orchestra and plays casually for the Adelaide Symphony Orchestra. She has recently performed concertos with the Norwood Symphony Orchestra and Conservatorium Orchestra, played in the Coriole Chamber Music Festival, streamed live many times for Recitals Australia and was honoured to be nominated for the prestigious 2021 National Freedman Fellowship. A Helpmann grant provided her with online masterclasses to prepare for the 2021 triennial Israel International Harp Competition but unfortunately travel proved impossible. She quickly turned her attention to orchestral studies, reaching the final round in the Sydney Symphony principal auditions this year. Further Helpmann support is currently enabling her to further her interest in historical harp performance.  Philippa is also a highly accomplished pianist, teaches piano and harp and enjoys writing program notes professionally. 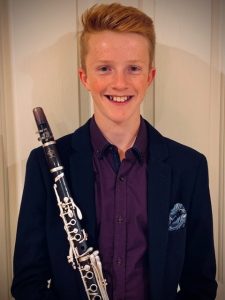 James is 15 years old and studies the piano with Monika Laczofy OAM and the clarinet with his father, ASO Clarinettist, Darren Skelton.
In 2019, James performed with an International Youth Orchestra in London’s Royal Festival Hall; he has been a member of the Adelaide Youth Orchestra and recently took part as the Principal Clarinet player in the 2022 Australian Youth Orchestra “Young Symphonists” held in Ballarat.
James has had considerable success as a solo musician, with highlights including a performance in the Adelaide Town Hall as featured guest soloist with the Adelaide Youth Strings when he was only 12. This year he has presented two separate concerto performances as clarinet soloist with the Metropolitan Male Choir Orchestra. James won the 2022 Metropolitan Male Choir Music Scholarship and recently was awarded the Lobethal Harmony Club Instrumental Music Scholarship for 2023. James won the Gabor Reeves Woodwind Medallion for his outstanding clarinet performances in both the 2021 and 2022 Adelaide Eisteddfods. In 2022 James won first the prize in the “Grade 7 & Above Woodwind Solo” section, first prize in the “Any Wind or Brass Solo” and first prize in the “Any Instrument Concerto Competition” in this year’s Adelaide Eisteddfods. He was also presented with the Unley Symphony Orchestra Medallion and the Music Teachers of SA “Grace Barbara Turner Award” for Excellence in Performance at the Eisteddfod Prize Winner’s Concert. James was honoured to be selected along with talented young pianist, Samantha Li, to present a duo program together for Recitals Australia on October 12th this year.
James achieved his AMEB Certificate of Performance (Piano) earlier in 2022 and is currently working towards his A.Mus.A examinations on both the Piano and the Clarinet. James attends Trinity College in Gawler on a General Excellence Scholarship and he is the 2022 Trinity College North School Captain. James hopes to have a career as a professional musician in the future. 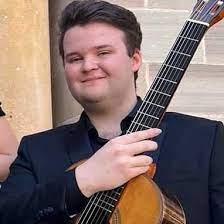 Connor Whyte, 19, is in the final year of his Bachelor of Music Advanced at the Elder Conservatorium under the tuition of Dr. Oliver Fartach Naini. Connor completed his AMEB Licentiate Diploma of Music at just 16 and then went on to trump the Adelaide Eisteddfod Society’s Open Age division in 2021 and 2022 as well as the Open-Age SAYGE competition in 2020. Last year, Connor had the privilege of performing the Carulli Guitar Concerto in E minor op.140 with the Elder Conservatorium Chamber Orchestra, as part of the Elder Conservatorium Lunchtime Series. This year, Connor received first-place at the Adelaide International Guitar Competition, the most prestigious guitar competition in the southern hemisphere, earning him a cash prize of $10,000, a guitar valued at $24,000 and a concert invitation at the next festival. Connor is the recipient of the inaugural Domenic Roscioli Guitar Scholarship and plays Domenic Roscioli guitars. 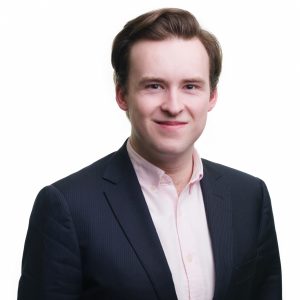 Macintyre Howie Reeves is a performer and director who has performed in multiple Adelaide Festival productions, including Brett Dean’s Hamlet, Danny Elfman’s Music from the Films of Tim Burton, Mozart’s Requiem and Rimsky-Korsakov’s The Golden Cockerel. He has won multiple Lady Ann Miller awards for highest aggregate score at the Adelaide Eisteddfods and been a soloist in Mozart’s Requiem, Bach’s Matthäus-Passion, Handel’s Messiah andguest soloist for Adelaide Carols by Candlelight 70th anniversary.  Stage credits include: Lieutenant Barri in Passion, The Major General in The Pirates of Penzance, The Father in Hansel and Gretel, The Page in Menotti’s Amahl and the Night Visitors, Mr. Lindquist in A Little Night, Pish-Tush in The Mikado, Publio in Mozart’s La clemenza di Tito and Betto in Gianni Schicchi for Co-Opera. Chorus credits include: Carmen, La Bohème, La Traviata,Boojum! and Die Meistersinger von Nürnberg for State Opera of South Australia 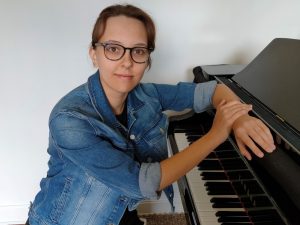 Nicky graduated with First Class Honours in Piano Performance under the tutelage of Lucinda Collins. In both her undergraduate and Honours degree, she received several scholarships and prizes for her achievements, including the Brisbane Matthews Pianoforte Prize, Maude Harriet Riley Scholarship, Thelma Dent Memorial Prize, Daisy Burmeister Salotti Scholarship for Pianoforte, Patrick Cecil Greenland Scholarship for Pianoforte, and the Jack de Vos Scholarship which has all helped to support her during her studies. Nicky is currently taking time away from her studies to broaden her musical career, and is working as an accompanist, chamber musician and private piano teacher, as well as expanding her solo performance repertoire. 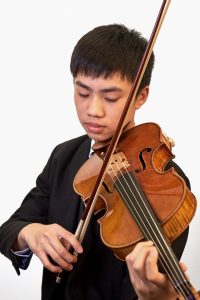 Tim Tran is an Adelaide-based violist currently completing his Bachelor of Music in Classical Performance at the University of Adelaide, and was studying at the Yehudi Menuhin School in England up until 2020. Previously studying under Keith Crellin OAM and currently under Stephen King, Tim has been affiliated with various ensembles such as the Adelaide Youth Orchestra, Norwood Symphony Orchestra, as well as numerous string quartets and trios. Aside from playing viola, Tim also enjoys playing piano, teaching music, and reading. 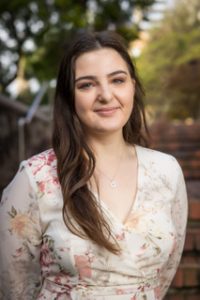 Gianna Guttilla is an Adelaide-based soprano and Bachelor of Music graduate (Classical Voice) from the Elder Conservatorium (2018-2020), and current Honours student under the vocal tutelage of Cheryl Pickering. Gianna made her professional role debut this year as Lauretta in Co-Opera’s Production of Gianni Schicchi, touring with the company to Penola for the Coonawarra Arts Festival, Griffith NSW and recently performed the role as part of their Adelaide season. In addition to this, she also performed the role of La Sorella Infermiera in Mopoke Theatre Company’s production of Suor Angelica earlier this year. Gianna recently performed as a featured soloist with Recitals Australia as part of their 2021 Autumn Lunch Hour Series and has since become a current member of their Fellowship program, aiming to provide opportunities for emerging classical artists. Gianna was awarded the Malcolm J. Orchard Memorial Prize for performance of an Operatic Aria and the The Music Teachers Association of SA Inc. /Grace Barbara Turner Awards for Excellence in Performance at the 2021 Adelaide Eisteddfods. She has also been fortunate enough to have previously performed with Patti LuPone and for Alan Cumming at the 2018 and 2021 Adelaide Cabaret Festivals. 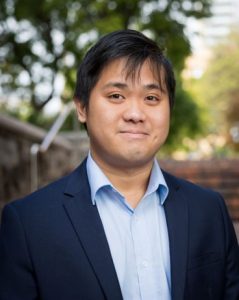 Shawn Hui is currently an honours-year piano student at the Elder Conservatorium studying under Dr Anna Goldsworthy and Eleonora Sivan. In his undergraduate study, Shawn was the recipient of multiple scholarships, including the Muriel Perry Scholarship, and the Patrick Cecil Greenland Scholarship for Pianoforte. Some notable concert appearances include performing Tchaikovsky’s Piano Concerto No. 1 in B-flat minor, Op. 23, with the Elder Conservatorium Symphony Orchestra in 2021, as well as being a finalist in the 2021 Geoffrey Parsons Award and the 2022 Collaborative Pianist Award. Shawn is also the 2022 recipient of the Adelaide Eisteddfod’s The Wilf Mader Memorial Medallion and The Lady Anne Miller Award, as well as being one of the 2022 Recitals Australia Elder Conservatorium Fellowship recipients.